on January 09, 2011
I'm back after almost a week.............& I've got a very good reason for my absence. I've been down for most of the week with fever & breathing troubles, that was later diagnosed by the doc as stemming from an acute bout of bronchitis! After having to swallow numerous medicines in different forms (from pills to syrups)(Note: I HATE medicines!!), I'm feeling better now (read: able to sit up & walk about). Hence, for most part of the past week, I was tucked up in bed, under layers of blankets (courtesy: mom), with nothing to do other than watch movies & read.........& of course, follow the fabulous blogs & comment on the stylish prowess of my fashionable blogger friends!!

And I'm not complaining.............since this sudden lack of immunity gave me the chance to take a much-needed rest, not to mention giving me ample time & leisure to catch up on some of my fav chick flicks such as Sex & The City (Parts 1 & 2), Valentine's Day, Music & Lyrics, Breakfast At Tiffany's...... :)

And when I was not watching movies or re-runs of reality shows on TV, I had a stack of my collection of fashion magazines by my side, randomly flipping through innumerable issues of Elle, Vogue & Harper's Bazaar, drooling over beautifully crafted designer pieces & sighing at the perfection of the amazing styling & photo shoots spread out over the glossy pages!

Well............during these lazy & not-feeling-so-well hours, I came across various items (in the magazines & also on the net) which I found absolutely drool-worthy, but way out of my league as far as prices were concerned!! As a result, I made use of my sick-leave finding out other pieces very similar to my coveted picks, but with much reasonable/affordable price tags!!! :))

So, today, I bring to you a Splurge vs Steal post..........where you'll find a list of very similar pieces sporting very different price tags! (My little research also gave me an excuse to put up a post in spite of not having any worthwhile outfit pictures, thanks to the state of my health) 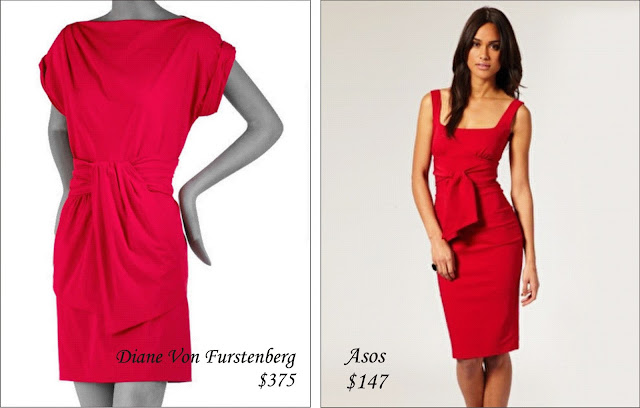 This simple yet attractive DVF LRD (Little Red Dress) caught my eye on Style.com, but of course, the price tag lived up to the designer status of the dress. So, I went off on a mission to find something similar, but more affordable & trust me, the search was a really difficult one as I faced thousands of red dresses in all shapes & sizes and finding out something similar to the DVF one was like searching for a needle in a really confusing haystack! Finally I came across this Asos piece which didn't have the chic boat neck of the original one, but had a becoming deep-cut square neckline. But the silhouette & the bow in the middle was absolutely like the one that caught my eye in the first place! Score!!! 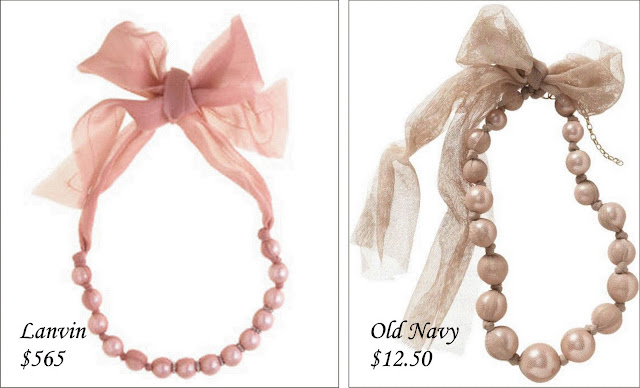 Well.......I think these two pieces speak for themselves.........don't they? Unnervingly similar at a glance, the two are at opposite poles as far as brand & price are concerned! But I must say that I'm proud of the result of this search! :) 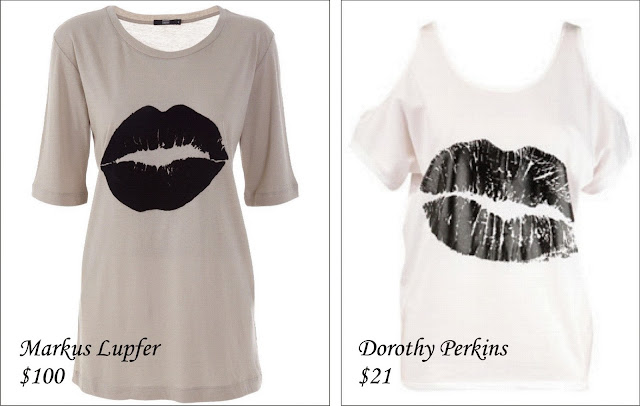 I think a Gothic lip print on a long tee is way too cool! And even though the original one was not too pricey, I still managed to find a similar but tweaked version for much less!!

Of course, nothing can be compared to a classic Hermes birkin, that too a Python skin one, but this Michael Kors tote (also Python) comes a close second & provides a fashion relief for those who sadly cannot afford the exorbitantly priced Hermes one, but wants to make a style statement almost as in-your-face as the original birkin makes! 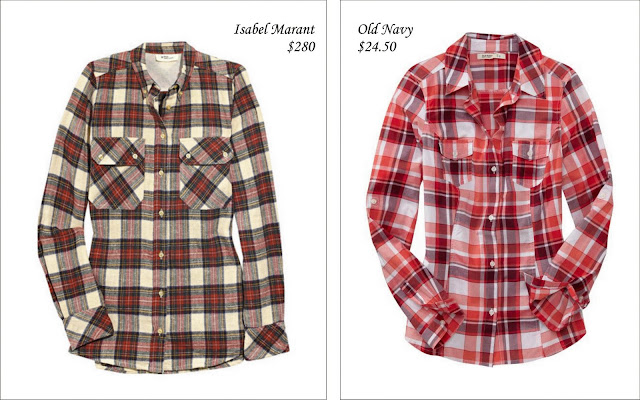 I love plaid..............& I think a plaid shirt is a wardrobe must-have! I loved the red & cream combination of the Isabel Marant shirt. But Old Navy provided me with a similarly smart yet way more reasonably priced version. 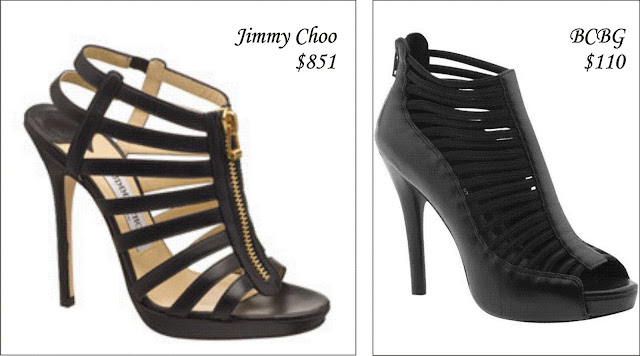 These Jimmy Choo gladiators got me lusting like crazy!! Aren't they simply gorgeous??? But of course, they are Jimmy Choo........so bye bye fantasy! After much search, I came across this BCBG pair, which are not so hot, but quite drool-worthy, not to mention pocket-friendly, nevertheless!!! 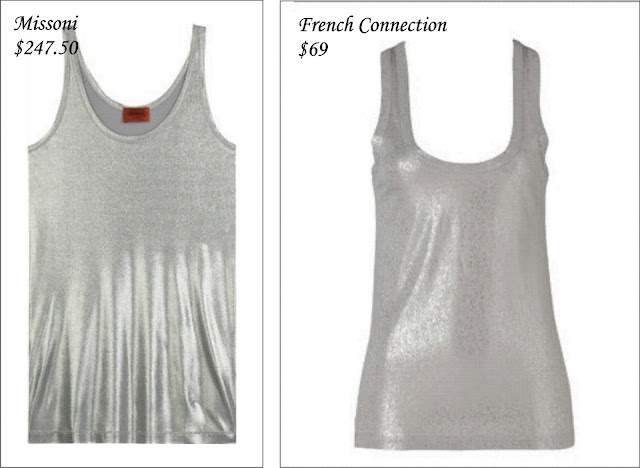 The moment I set my eyes on this Missoni metallic tank, my imagination started to run haywire thinking all that can be done with this versatile piece!! As a result, a search for a cheaper version continues.........& Voila! I stumble upon this sexy French Connection number that's high on oomph & low on the price-point! :)) 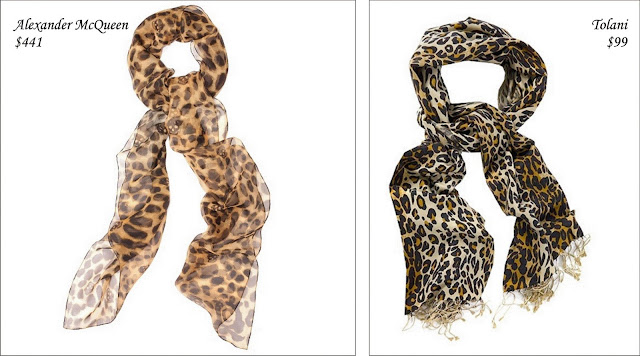 This Alexander McQueen leopard print scarf came into my notice in a fellow fashion blogger's post. But of course, if I could ever afford McQueen, then this post wouldn't have been written in the first place! Hence, the funkier & less expensive Tolani version.... 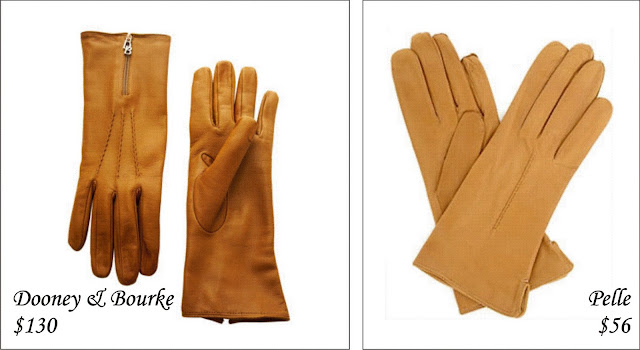 Last but not the least, a true pick of the season! Leather gloves personify class & chic.......& if they are in camel (which is so very the color of the season), then who can resist slipping on a pair in these chilly times?? This Dooney & Bourke pair looks perfect for adding a glamorous edge to an otherwise simple outfit, but at the same time, making the pocket much lighter! Enter the Pelle pair - equally stylish, while lighter on the pocket!!! :))
Images courtesy: Google Images, Style.com, Old Navy
Well...........what do you guys think of my hand-picked treasure trove of exclusive pieces.....& their won't-burn-a-hole-in-the-pocket avatars??? Do you think this post will help you guys choose better, pocket-friendly versions of your eye-candies? Would you rather splurge??? Or go for the steal?????
Do lemme know your much-valued opinions.........
Love & luck,
Polka Princess
animal print colors designer fashion gladiators reviews scarves