It was THAT time of the year again!

Durga Puja comes once a year. For five days. And turns my whole world upside down.

The sights, the sounds, the smells, the new clothes, the good food, the fun time with friends & family, the laughter, the gossip, the pandal-hopping, the creativity, the night-outs, the madness - all this & more make these few days the most-awaited ones among the yearly 365!

And of course, this year was no exception. In fact, it was better if possible! :)

I was celebrating the festival for the first time since quitting my job & setting up my own brand of clothes & accessories.....and man, was it fun! The last month had been CRAZY, to put it mildly. Everyone wanted new clothes for the festival. And everyone wanted them fast! So, I have been literally going mad trying to work on innumerable orders & get stuff delivered on time. But, obviously, I had to work till the last minute to get new clothes to their rightful owners before the festival began and as a result, no new clothes from my brand succeeded in making their way into my closet! Woes of being a designer, I guess! :(

Anyway, so, I had to resort to wearing clothes I had picked up from other places and somehow managed not to wear immediately after I bought them! Lesson learnt: I should start making clothes for myself, which I would wear during Durga Puja next year, like, RIGHT NOW!!!


Here's what I wore on Saptami (the 2nd day of Durga Puja & the 7th day on the Navratri period)......went out with the guy, saw quite a few thematic puja celebrations by different clubs, ate yummy junk food from street-side stalls and had sumptuous Indian dinner, followed by ice cream! Sounds perfect? Well..........it was! :)) 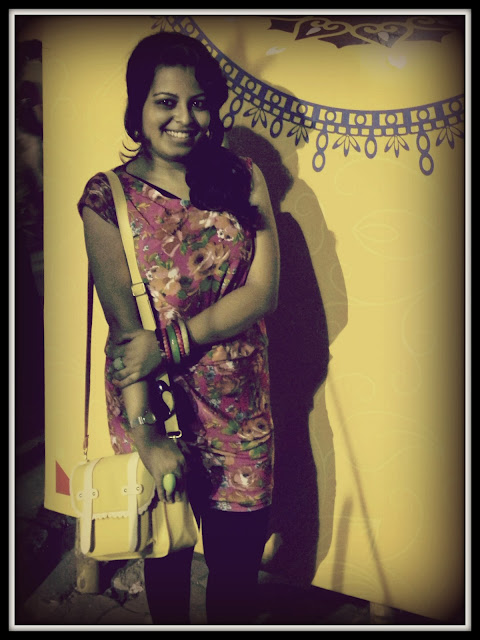 Oh! Just realised that this is the first post I'm doing after having my latest haircut! :D
What say guys? Yay or nay???
(Though how much you can understand here is a point of concern....I had chosen a plait to brave the hours of jostling with the crowd & sweating in the heat!) 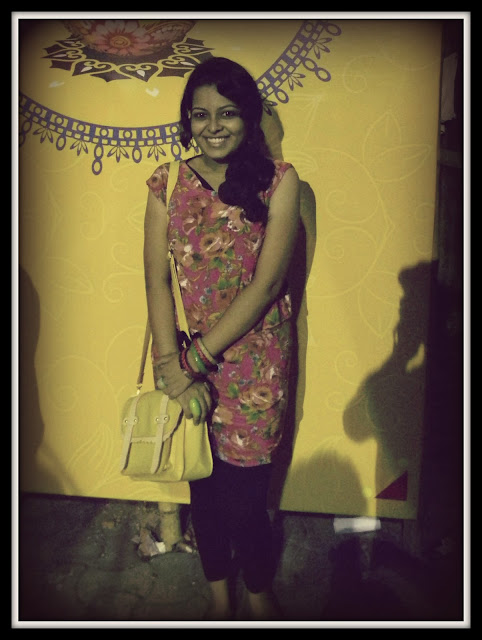 I would have preferred to wear this dress, as a dress....but donned a pair of tights to be on the safe side....you never know the kind of crowd that roam the streets during the festive season! 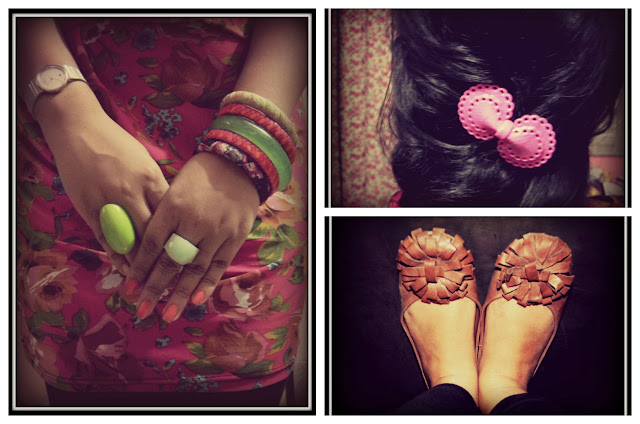 A few snapshots from that day - glimpses of the festive city....


I'll be back with the rest of the pictures from the festive days. Soon. :)

For now, I have to catch up on all the lost sleep (thanks to the night outs & unearthly hours I kept during the festival!).

It still seems like it's Sunday (today, or rather yesterday - since it's 2am right now, was Dashami or the last day of the festival...so it has all just only got over!) and work starts again tomorrow morning! Which it does. Only, it's not a Monday, but a Thursday. Well...that makes this quite a small working week. And I'm so not complaining! ;)

Have a great week & a greater weekend ahead guys!