on November 21, 2015
One of the most exciting collaborations of this year was the one with shoe designer Rohan Arora, whose gorgeous ethnic shoes you saw me styling into a contemporary outfit in the first part of this collaborative series.

As promised, I bring to you the second edition of the collab with Rohan Arora, and this post features, not only me, but also Nikita of PenTwister (who was my partner-in-crime for this collab) and the designer himself!

So, all of you prepping up for the wedding season - right from the bride & groom to the family & friends - go, visit Rohan Arora for your pair of gorgeous shoes that are as versatile as they are elegant & classy! 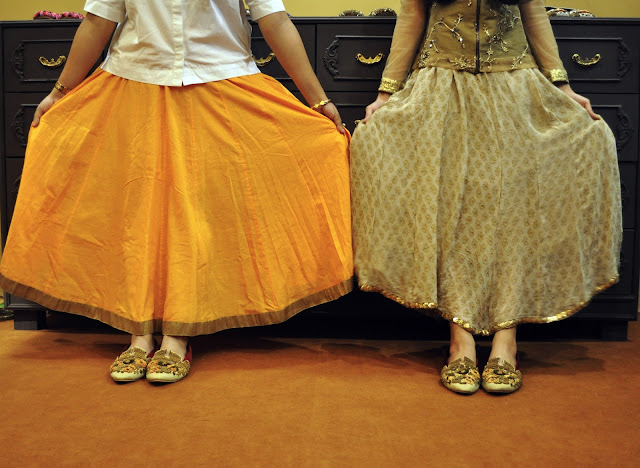 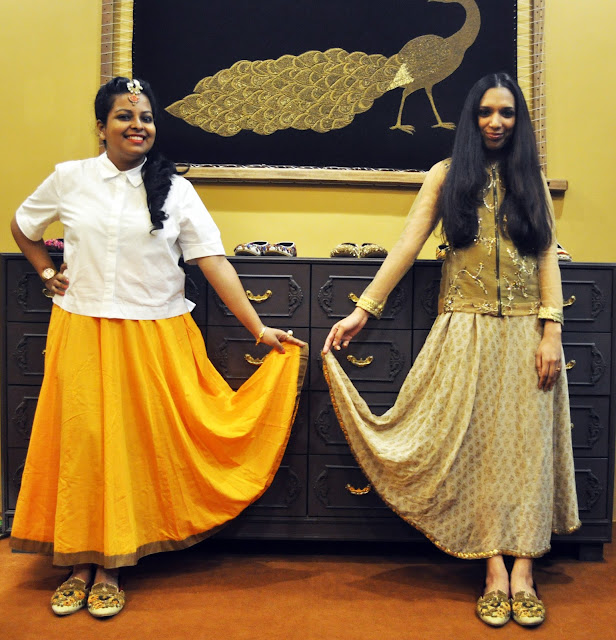 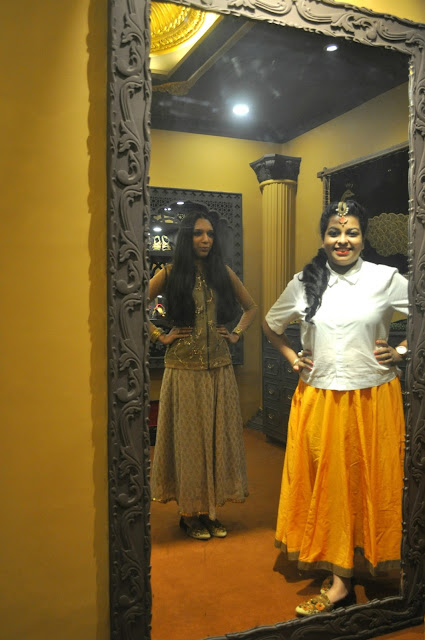 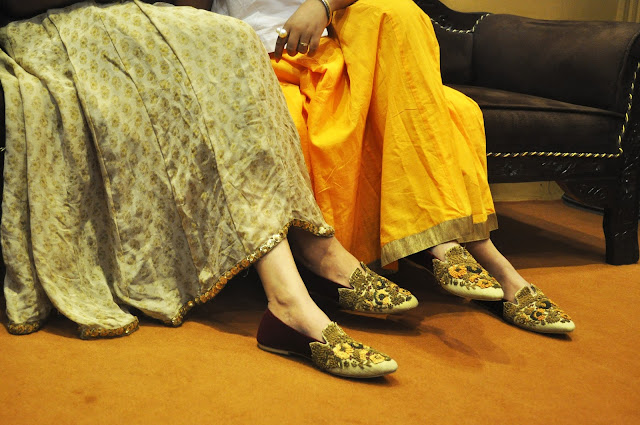 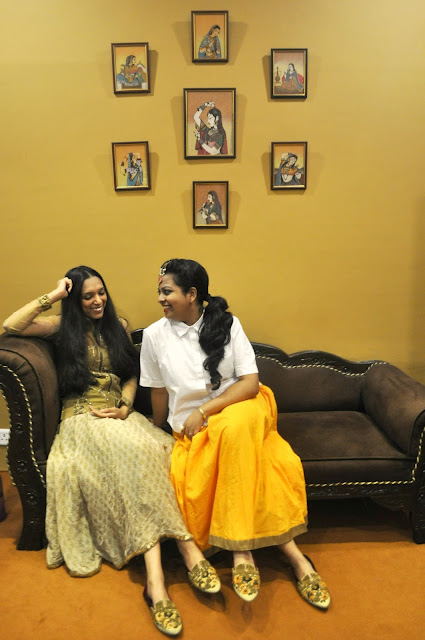 I paired my lehenga skirt with a crisp white boxy shirt and statement maang-tika, finishing off the look with my intricately embroidered, rich, classy Rohan Arora shoes!
Nikita paired the same shoes with a brocade lehenga skirt and embroidered jacket.

And, of course, you can see Rohan's beautiful studio - inspired by royal Rajasthani and Moroccan influences - it's a magnificent treasure-trove for shoe-lovers! 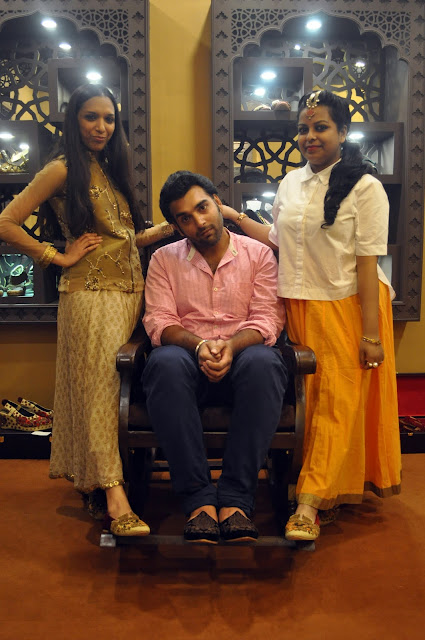 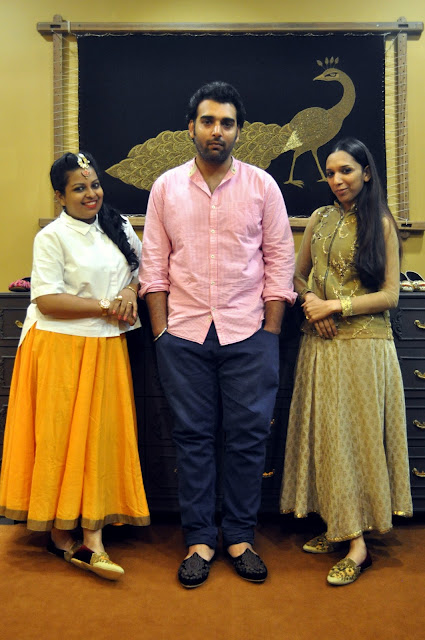 And presenting *drum rolls* the designer himself, Rohan Arora!!!

P.S.: If, from the pictures, you think he's a serious, goody-two-shoes (pun intended)...then you are highly mistaken! Coz, he's exactly the opposite!! ;)

Your ultimate style icon whom you want to see in a Rohan Arora pair?
Shahrukh Khan

One advice you'd give your daughter?
Always sit and try your shoes

Hope you all had as much fun reading this collab series as much as we had styling, shooting and writing it!

Go, check out Rohan Arora now!! And get yourself a statement pair of shoes this wedding season!!